By Alexander Collas Posted on November 5, 2017 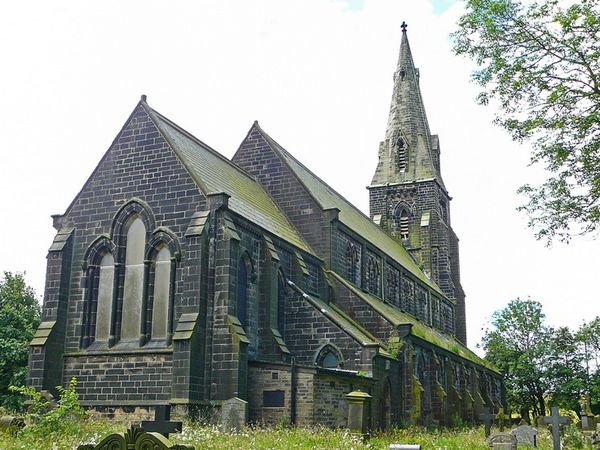 With childish supernaturalism, many churches think we’re living in the “final days”–”end times” before Jesus returns for doomsday.

Well, the truth may be different. These could be the end times for religion in western civilization. I think we’re entering a new Secular Age when magical supernatural beliefs cannot be swallowed by educated modern people. It’s the final days of faith.

By now, it’s obvious that religion is fading in America, as it has done in most advanced Western democracies. Dozens of surveys find identical evidence: Fewer American adults, especially those under 30, attend church—or even belong to a church. They tell interviewers their religion is “none.” They ignore faith.

Since 1990, the “nones” have exploded rapidly as a sociological phenomenon—from 10 percent of U.S. adults, to 15 percent, to 20 percent. Now they’ve climbed to 25 percent, according to a 2016 survey by the Public Religion Research Institute. That makes them the nation’s largest faith category, outstripping Catholics (21 percent) and white evangelicals (16 percent). They seem on a trajectory to become an outright majority. America is following the secular path of Europe, Canada, Australia, Japan, New Zealand and other modern places. The Secular Age is snowballing. Among young adult Americans, the “none” rate is nearly 40 percent, which means the coming generation will be still more secular.

Various explanations for the social transformation are postulated: That the Internet exposes young people to a wide array of ideas and practices that undercut old-time beliefs. Family breakdown severs traditional participation in congregations. The young have grown cynical about authority of all types. That fundamentalist hostility to gays and abortion has soured tolerant-minded Americans. Clergy child-molesting scandals have scuttled church claims to moral superiority. Faith-based suicide bombings and other religious murders horrify normal folks.

For decades, tall-steeple mainline Protestant denominations with university-educated ministers tried to downplay supernaturalism—to preach just the compassion of Jesus and the social gospel. It was a noble effort, but disastrous. The mainline collapsed so badly it is dubbed “flatline Protestantism.” It has faded to small fringe of American life.

Now Catholicism and evangelicalism are in the same death spiral. One-tenth of U.S. adults today are ex-Catholics. The Southern Baptist Convention lost 200,000 members in 2014 and 200,000 more in 2015. 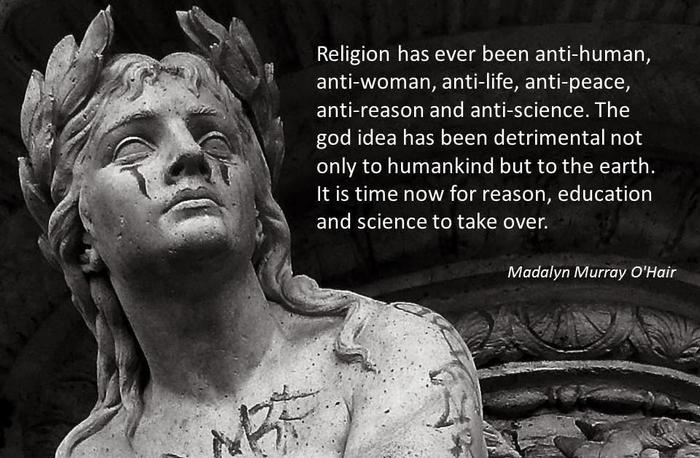 I’m a longtime newspaperman in Appalachia’s Bible Belt. I’ve watched the retreat of religion for six decades. Back in the 1950s, church-based laws were powerful:

It was a felony to terminate a pregnancy. It was a felony to be gay. One homosexual in our town killed himself after police filed charges. Even writing about sex was illegal. In 1956, our Republican mayor sent police to raid bookstores selling Peyton Place.

Gradually, all those faith-based taboos vanished from society. Religion lost its power—even before the upsurge of “nones.”

Perhaps honesty is a factor in the disappearance of religion. Maybe young people discern that it’s dishonest to claim to know supernatural things that are unknowable.

When I was a cub reporter, my city editor was an H.L. Mencken clone who laughed at Bible-thumping hillbilly preachers. One day, as a young truth-seeker, I asked him: You’re correct that their explanations are fairy tales—but what answer can an honest person give about the deep questions: Why are we here? Why is the universe here? Why do we die? Is there any purpose to life?

He eyed me and replied: “You can say: I don’t know.” That rang a bell in my head that still echoes. It’s honest to admit that you cannot explain the unexplainable.

The church explanation—that Planet Earth is a testing place to screen humans for a future heaven or hell—is a silly conjecture with no evidence of any sort, except ancient scriptures. No wonder that today’s Americans, raised in a scientific-minded era, cannot swallow it. Occam’s Razor says the simplest explanation is most accurate. Why is religion dying? Because thinking people finally see that it’s untrue, false, dishonest.

White evangelicals tipped the 2016 presidential election to Donald Trump, giving an astounding 81 percent of their votes to the crass vulgarian who contradicts church values. But white evangelicals, like most religious groups, face a shrinking future. Their power will dwindle.

In 2016, for the first time in history, Congress passed a law protecting people with no religion. The Frank R. Wolf International Religious Freedom Act—named for a former congressman who championed freedom of conscience—shields all types of minority believers who suffer attacks and prejudice. It specifically says authorities must “protect theistic and non-theistic beliefs as well as the right not to profess or practice any religion.” President Obama signed it into law.

In 2016, National Geographic online bannered a story titled: “The World’s Newest Major Religion: No Religion.” It said Christianity is dwindling in all northern democracies, while it grows in sub-Sahara Africa and other tropical lands. The revered magazine said:

There have long been predictions that religion would fade from relevancy as the world modernizes, but all the recent surveys are finding that it’s happening startlingly fast. France will have a majority secular population soon. So will the Netherlands and New Zealand. The United Kingdom and Australia will soon lose Christian majorities. Religion is rapidly becoming less important than it’s ever been.

Europe—which spent centuries killing people over religion—decided after World War II that religion is inconsequential. Churchgoing collapsed. Pope Benedict XVI complained: “Europe has developed a culture that, in a manner unknown now to humanity, excludes God from the public conscience.” He protested the new European attitude of “disdaining God completely.” Newspaper columnist George Will called the Vatican “109 acres of faith in a European sea of unbelief.”

More than half of British children attended Sunday school at the start of the 20th century. By 2000, the rate had dropped to four percent. A 2000 poll asked Britons to name “inspirational” figures. Two-thirds picked Nelson Mandela, six percent picked pop singer Britney Spears, and one percent picked Jesus.

The secular trend is especially advanced in Scandinavia. Pitzer College sociologist Phil Zuckerman spent months interviewing Danes and Swedes and wrote a book titled Society Without God: What the Least-Religious Nations can Tell Us About Contentment. He said Scandinavians generally regard religion and prayer as only for children, like Santa Claus and fairy tales—something to be outgrown as maturity brings wisdom. He said godless Scandinavians have happy lives in healthy societies with much less crime and other social evils, compared to religious cultures.

America’s National Freshman Survey, conducted by the Higher Education Research Institute at UCLA, records data and beliefs from hundreds of thousands of incoming freshmen at hundreds of U.S. colleges and universities. It reported that the share professing no religion soared from 7 percent in 1966 to 30 percent in 2015. In the 2016 survey, it climbed to 31 percent.

The Harvard Crimson campus newspaper surveyed incoming Harvard freshmen and found that the largest segment was churchless. Some 38 percent called themselves atheist or agnostic, while only 34 percent said Christian. (Jews were 10 percent, Hindus 3 percent, Muslims 2.5 percent—and 12 percent said “other.”)

Former President Obama was the first to publicly embrace nonbelievers and invite skeptic groups to the White House. Ex-President George W. Bush commented on NBC News in February: “One of our great strengths is for people to worship the way they want to, or not worship at all.”

The End of White Christian America is a book by Robert Jones, head of the Public Religion Research Institute. In a Washington Post interview, he said the retreat of faith has been “swift and dramatic,” first hitting “tall-steeple” mainline Protestants, then Catholics, and finally evangelicals.

The Great Evangelical Recession is a previous book by megachurch pastor John Dickerson, who warned that “evangelicalism as we knew it in the 20th century is disintegrating.” He said “a majority of young people raised as evangelicals are quitting church” and “in coming years, we will see the old evangelicalism whimper and wane.” In 2017, America’s largest religious bookstore chain, the 85-year-old Family Christian, closed its 240 stores and laid off its 3,000 workers, saying that “declining sales” eroded its business.

In 2015, Pew Research Center projected that Christianity will suffer a loss of 66 million followers globally by 2050, while Islam will grow to become the planet’s largest faith.

THE SEA OF FAITH
Was once, too, at the full, and round
earth’s shore
Lay like the folds of a bright girdle
furled.
But now I only hear
its melancholy, long, withdrawing
roar,
Retreating…